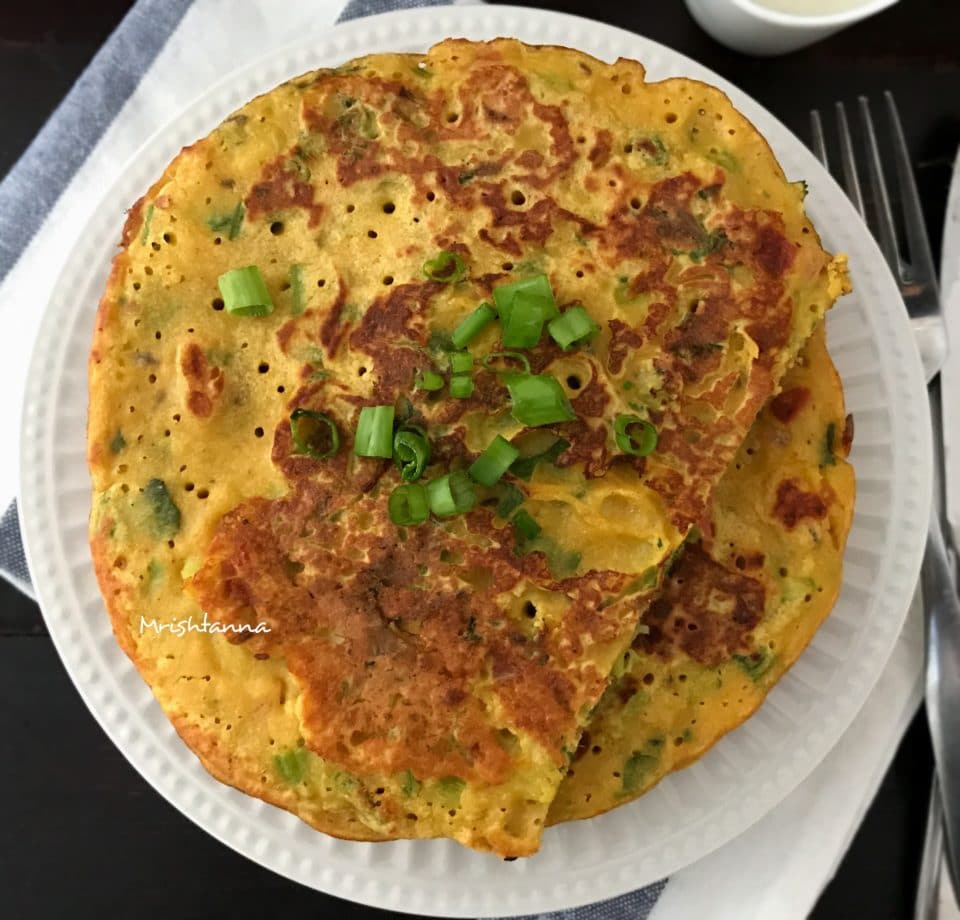 It has been a while since I shared protein-rich recipes. This breakfast recipe for “Besan Cheela” is one that you can prepare in less than 30 minutes.

The protein in Besan Cheela is not only from Gram Flour (Besan), but also my favorite grain, Quinoa.

How To Make Besan Chilla Recipe

Apart from Besan and quinoa, you can get creative with vegetables that you would like to add to the batter, to make it even more healthy.

The appearance and texture of a rightly prepared Besan Cheela will be similar to an Omelette, except that this version is cholesterol-free and more importantly cruelty-free.

One trick that I used in getting an extra fluffy version is using Aquafaba instead of water when I prepared the batter.

You can call it Vegan Omelette or Pancake, but this North Indian traditional cheela recipe will soon be your one of the favorite breakfast.

It is a tasty, nutritious colorful breakfast dish with a good serving of vegetables that you need in a day. 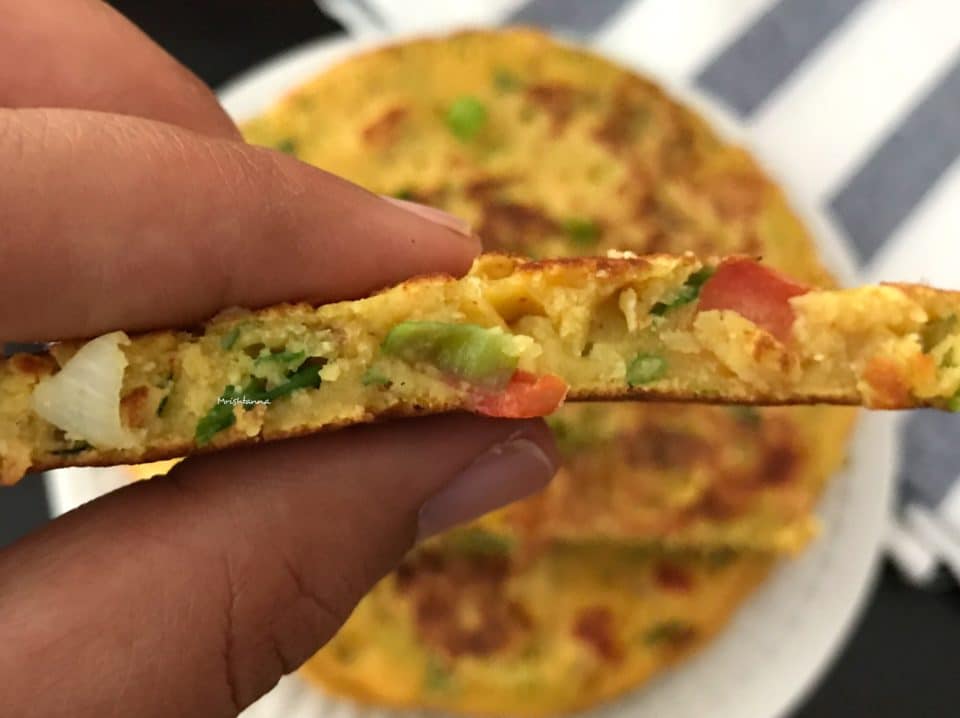 Try this Besan Cheela with lots of vegetables for breakfast. I am sure everyone in your family will love to have a nutritious and tasty dish for breakfast.

It is usually paired with coconut chutney but also goes well with mixed fruit jams.

If you are new to my site, you should check out my simple but useful e-book where I put together some simple vegan dessert recipes and dessert essentials.

You can leave a comment here or on my Facebook page. If you prefer getting my recipes directly in your inbox, just hit the subscribe button at the right. 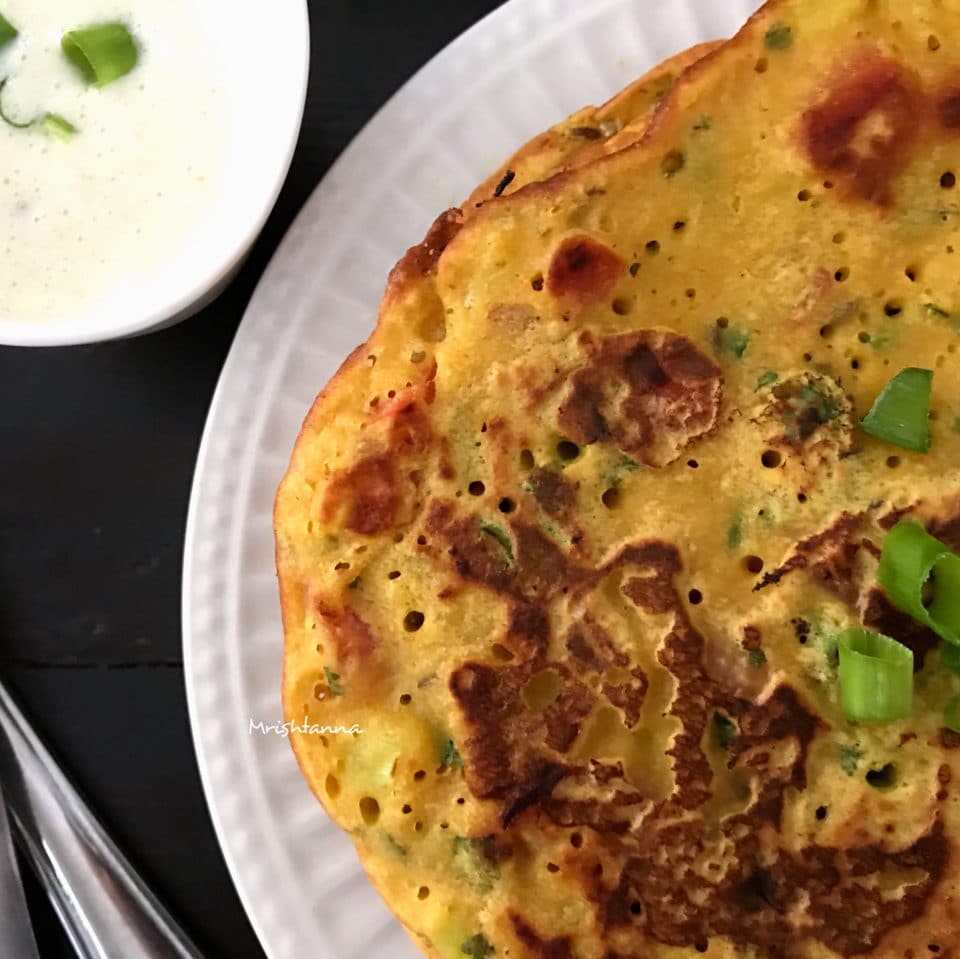 Note: The nutrition values I show here are my best estimates. Please be sure to check your preferred nutrition calculator, if you are reliant on accurate calculations in your diet.

I am Uma and I am an Indian living in California, USA. I was born and raised in Karnataka, India. I grew up in a village where cooking and feeding people was considered a privilege. I learnt lot more than just cooking by watching and helping my mother in the kitchen. I learnt that cooking is also about culture, hygiene, patience, time management, entertainment, and selflessness among many other virtues.
Read More…

Subscribe to Simple Sumptuous Cooking to get my recipes via email