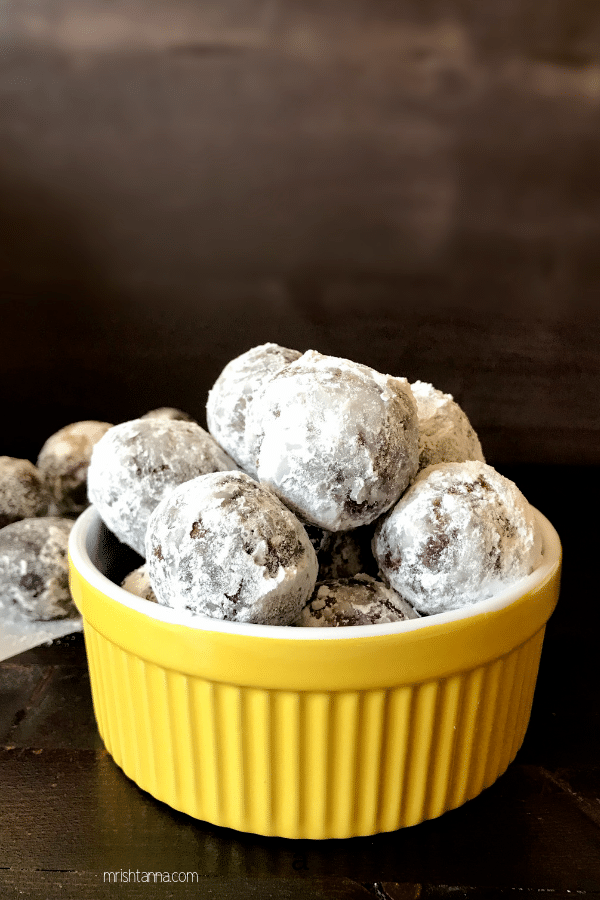 A kid favorite recipe that  I have been waiting to share for a long time is finally here. My kids (and countless others) have always longed for a vegan version of Donuts and I had tried several versions until I landed a sweet spot with this recipe.

Since my kids take every chance to grab every Donut, I decided to make Donut Holes instead. Donut Holes are more bite-sized and give them the feeling that they have eaten a lot.

Donut Holes are best eaten the day they are made, but even on the second day, you can get good results by reheating them. To make them festive for your occasion, you could roll them in white powdered sugar ( make sure its vegan) or sprinkle it with chocolate sprinkles.

Donut holes are small, bite-sized donuts that were traditionally made from the dough taken from the center of ring donuts. However, over time, these holes became a recipe in itself. Just drop a small bite size dough in hot oil. But what makes these Donut Holes special? These donut holes are vegan! Here are the vegan substitutes that turned out very well.

Unlike other vegan Donuts, I did not bake them. Baking Donuts does not bring the same taste or texture as frying does. So I am sticking with the frying method.

Vanilla Donut holes can be made as gluten free. Just use the gluten-free all-purpose flour instead of regular one. Everything else is just the same.

If you have been looking for a vegan donut recipe, you have got to try this recipe today! They store pretty well too, but that is usually not something you have to worry about…

If this recipe interests you, look for similar recipes in my blog such as the Honey Cake! For more delicious vegan recipes such as this sent directly to your inbox, just subscribe to my newsletter. You will also get a copy of my e-book where I have put together some simple vegan dessert recipes and dessert essentials. My readers have found it very helpful and I am hoping you will too!

Try my other dessert recipes…

Here are the recipe details. 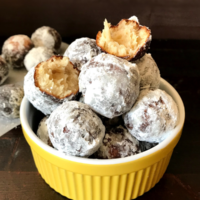 Pin it for later use

I am Uma and I am an Indian living in California, USA. I was born and raised in Karnataka, India. I grew up in a village where cooking and feeding people was considered a privilege. I learnt lot more than just cooking by watching and helping my mother in the kitchen. I learnt that cooking is also about culture, hygiene, patience, time management, entertainment, and selflessness among many other virtues.
Read More…

Subscribe to Simple Sumptuous Cooking to get my recipes via email